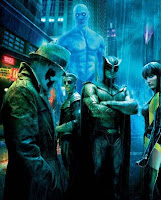 According to a report online at The Daily Galaxy, "a research collaboration between Samsung and the Korea Advanced Institute for Science and Technology (KAIST) has created a virtual puppy, Rity, a computerized creature whose every action is guided by a simulated personality system." Luke McKinney reports on this first attempt to evolve an artificial personality through the use of genetic algorithms in a story titled, "Creating Artificial Personalities" (An Evolutionary Step Toward Replacing the Human Species?)

Rity's personality is based on silicon-simulated genes. Its personality program is run from an artificial genome consisting of 1,764 genes, divided into 14 chromosomes. These chromosomes control various components of three separate internal state units, which react to external information and send votes to a probabilistic behavior module equipped with instant instinct reactions.